Have you ever sat down to a microwaved meal only to have one bite burn your mouth while the next bite is still completely frozen? This is because conventional microwave ovens don’t always heat food evenly. But there’s hope for those of us who can’t wait to chow down. Illinois Tool Works (ITW) Food Equipment Group is using new heating methods with simulation to create smart appliances that can cook a variety of foods simultaneously to the desired temperature.

We can take for granted how easy and convenient it is to prepare food in modern times, partly due to the humble microwave oven. With the press of a few buttons, we can enjoy a bag of popcorn in a matter of minutes and reheat frozen leftovers without pulling out multiple pots and pans. As you’ve likely discovered, though, the defrost setting on the conventional microwave oven isn’t as effective as it should be.

Magnetron-based systems have many limitations, including:

These limitations are due to magnetron tube-based RF systems being open loop. Therefore, these systems are only able to deliver an approximate energy output that decreases over time, as they have trouble adapting to irradiated energy and the energy reflected from the food into the cavity as the food is heated. The rotating turntable inside of the microwave oven isn’t enough to ensure even distribution of that energy. 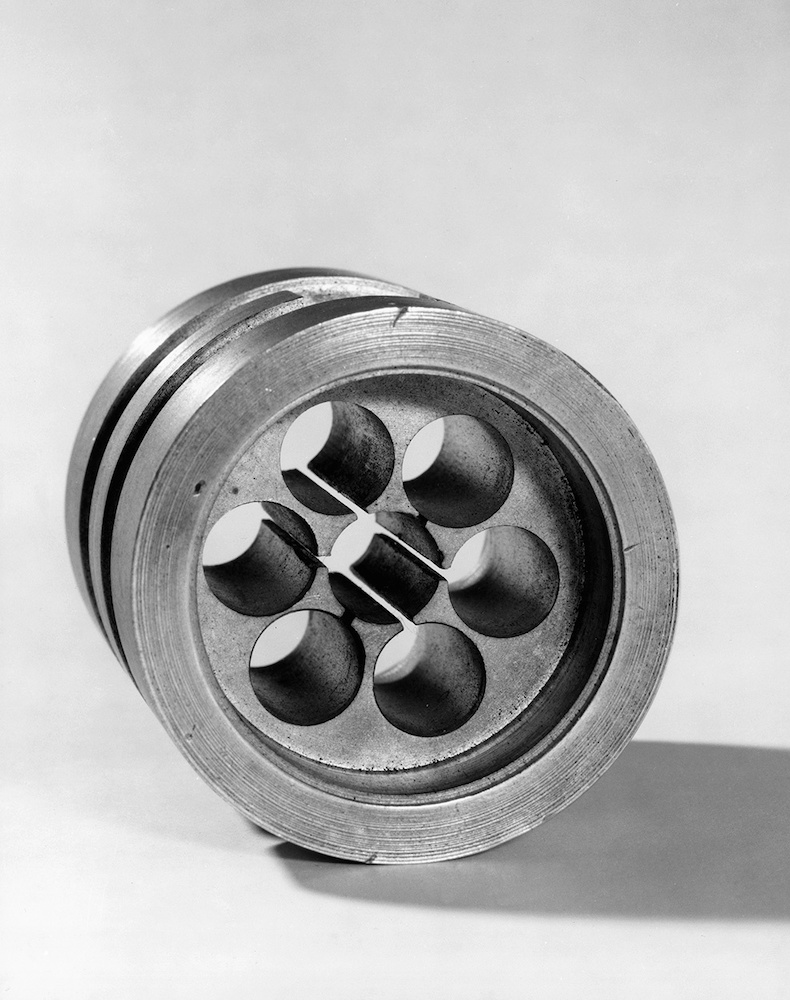 The original cavity magnetron, developed in 1940 by John Randall and Harry Boot at Birmingham University. Image by Science Museum London/Science and Society Picture Library — Own work. Licensed under CC BY-SA 2.0, via Wikimedia Commons.

Fortunately, engineers have found a way to address these issues and heat food more evenly. Advances in solid-state RF technology have enabled engineers to harness RF energy for a number of application areas beyond cooking appliances, including more natural lighting, medical devices, and car ignition systems. For a microwave oven, as opposed to the open-loop magnetron system, RF solid-state cooking uses a closed-loop feedback system that can adapt to various loads and measure the food’s properties at any time during the cooking process.

In a closed-loop feedback system, engineers can maintain a desired level of control in a process (in this case, the cooking and heating process) by “feeding” the output (or feedback signal) that is produced back into the system. Then, they can improve control by measuring the actual output and seeing how it compares to the desired output. This type of system can be set up by starting out with an open-loop system, then adding in some feedback paths between the input and output. That way, the output is returned to the system. So, in the cooking process in a microwave oven, a closed-loop feedback system can continuously measure and monitor the output and adjust the conditions as necessary. This level of precision means that the appliance can perform efficient targeted heating, zapping away those cold spots in your dinner.

A diagram of a single input, single output closed-loop feedback system. Image by Orzetto — Own work. Licensed under CC BY-SA 4.0, via Wikimedia Commons.

Commercially available solid-state microwave ovens meant for professional kitchens are already hitting the market. These appliances are rethinking the way chefs cook meals, and even how they build and program menus. Imagine, for example, cooking a five-course meal with a single appliance, baking a batch of fluffy croissants, or roasting a whole chicken in a short amount of time. All of this is possible with solid-state cooking and smart features built into new appliances.

Engineers from ITW Food Equipment Group are using simulation, interfacing products, and simulation applications to design smart appliances that harness RF solid-state technology with variable output, improved phase and frequency control, real-time feedback from the cavity and load, and more. Using the COMSOL Multiphysics® software, they have been able to develop smart rapid-cook ovens with solid-state microwave generation and convection heating, like the IBEX, shown below. 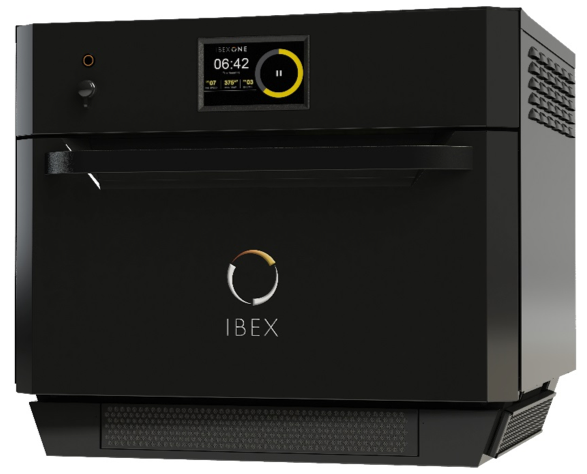 Christopher Hopper, RF systems engineer at ITW, and his team use simulation to set up experiments and compare results to improve designs for cooking appliances. Hopper explains that simulation not only helps the team get an idea of the heating patterns available in a solid-state oven but also allows for a more informed experimental setup. Aside from not having to build an expensive prototype from the beginning, another advantage of simulation is that it saves on the cost of labor and food because there are basically no trial-and-error runs of an experiment.

For example, when seeking to optimize the design of the cavity and load system, the team used simulation to compare their solid-state oven design with a magnetron-based one for three different types of food distributions: cubic, thin layer, and small cylinder. The results were as predicted, showing that solid-state heating is more efficient for all three shapes. The engineers also saw an opportunity to improve their design further. They found that if they combined cooking configurations, overall uniformity and energy delivery could be improved, and that having a consistent efficiency allows for the same result using less power. 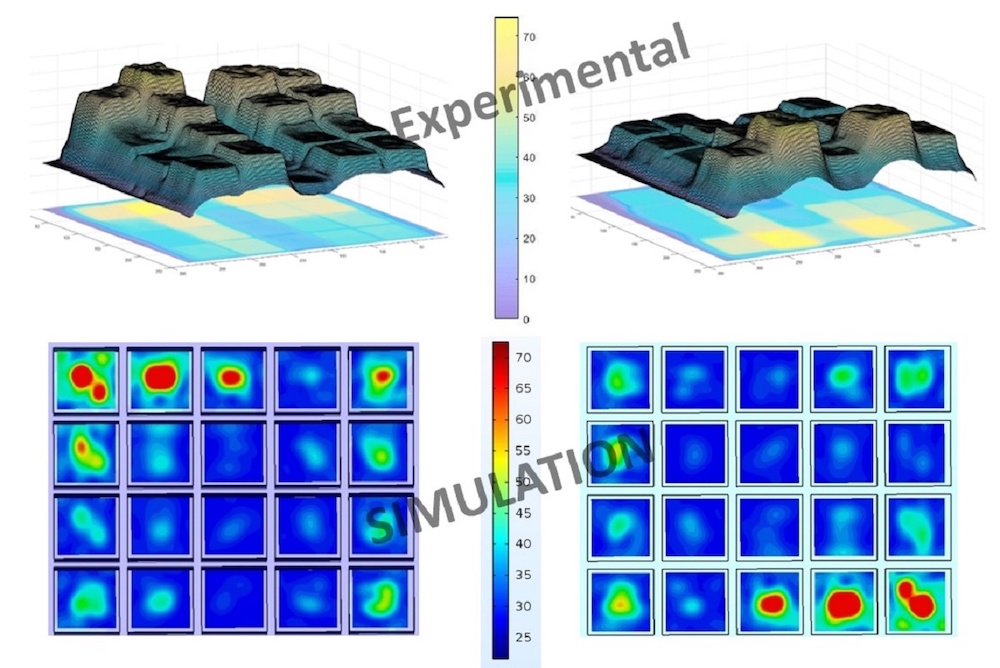 To study the potential cavity and cookware absorption as well as where they thought the heating patterns were most likely to occur, Hopper and his fellow engineers designed experiments to collect thermal and electromagnetic data while using multiple frequencies and phases. This allowed them to quickly see the effect of containers in this type of heating for specific foods, such as eggs. 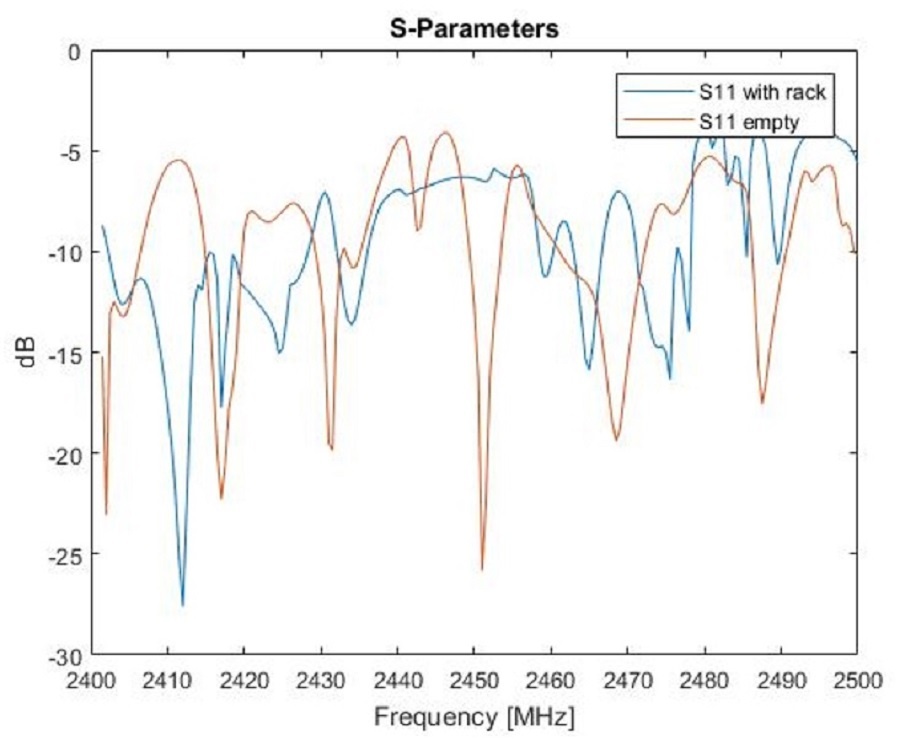 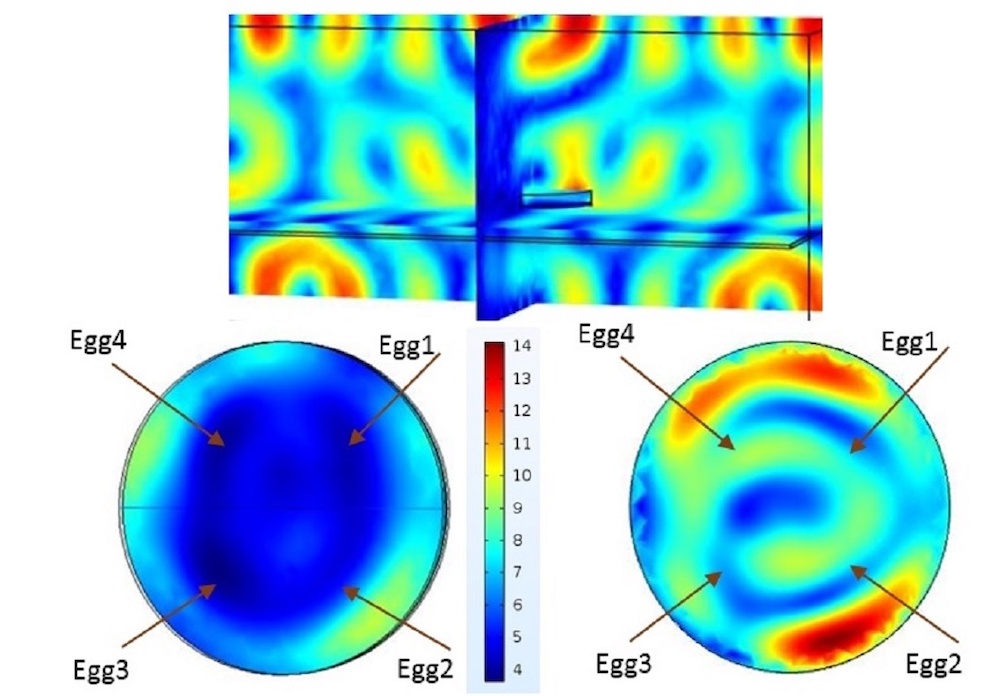 To ensure that their results are accurate, the team tests simulated, optimized cooking algorithms in the lab with products such as eggs and bread:

Measured temperatures of the pre-cooked egg using different algorithms. The chart on the left is unoptimized, while the chart on the right is optimized. Image courtesy ITW. 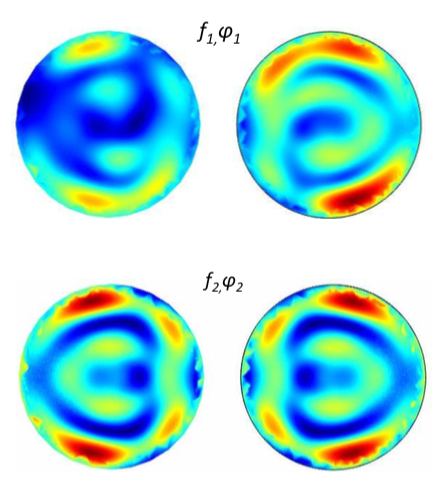 With the tools available in COMSOL Multiphysics and the add-on RF Module, these types of experiments help the ITW team perform accurate coupled electromagnetic and thermal simulations of food materials, or loads. “The properties of these loads change with temperature and frequency, and we have found that COMSOL® can account for these changes and provide good approximations for the heating pattern, electromagnetic field magnitude, and power loss density,” says Hopper.

They can also compare loaded and unloaded cavity modes using simulation. “The complexity of food loads presents the greatest, and most interesting, challenge,” Hopper explains. “There are physical and chemical changes happening during heating, and often the load is made from multiple components, which can be heterogeneous.” Simulation helps the team to better understand and predict these changes in loads and load properties, which ultimately makes the targeted heating system more adaptable. 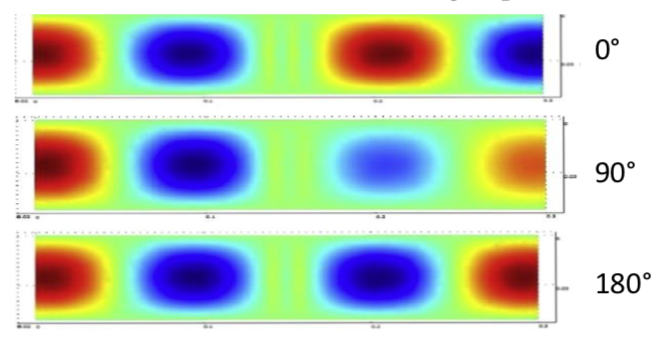 Left: Predicting the location of hot spots. Right: Waveguide with two sources and load in the center. Images courtesy ITW.

In addition to the COMSOL® software, Hopper uses the LiveLink™ for MATLAB® interfacing product extensively to reduce computational time, combining parametric sweeps with complex postprocessing. This process helps to refine experiments and verify results. For example, Hopper recalls writing a physics-based algorithm, simulating it using COMSOL Multiphysics® with LiveLink™ for MATLAB®, and running the experiment in the lab. “After capturing a series of compilation thermal images while heating the food, we separated individual heating patterns and found that they matched quite well with what had been simulated.”

Another way the team improves processes and workflow is through creating applications based on their models. That way, colleagues can study changing parameters (such as frequency/phase response, sample size, temperature and time, and more) on their own, thus freeing up time for the simulation experts. Hopper has also built applications for the IBEX to introduce new team members and interns to the basics of wave interference, dielectric/loss factor dependencies, and RF heating.

Learn more about ITW and their development of solid-state microwaves in Multiphysics Simulation 2019, an IEEE Spectrum Insert.

MATLAB is a registered trademark of The MathWorks, Inc.

How to Perform a Nonlinear Distortion Analysis of a Loudspeaker Driver 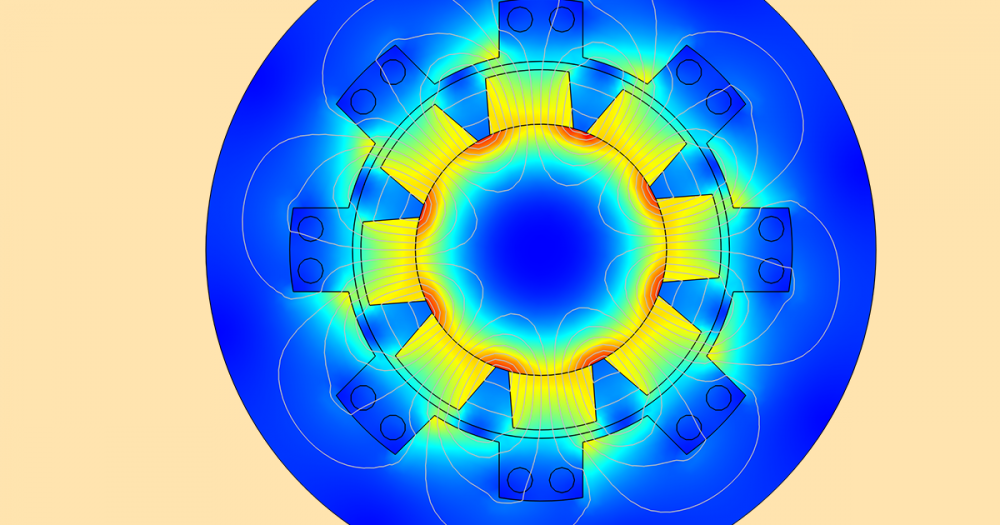 Topology Optimization of a Magnetic Circuit for Loudspeakers